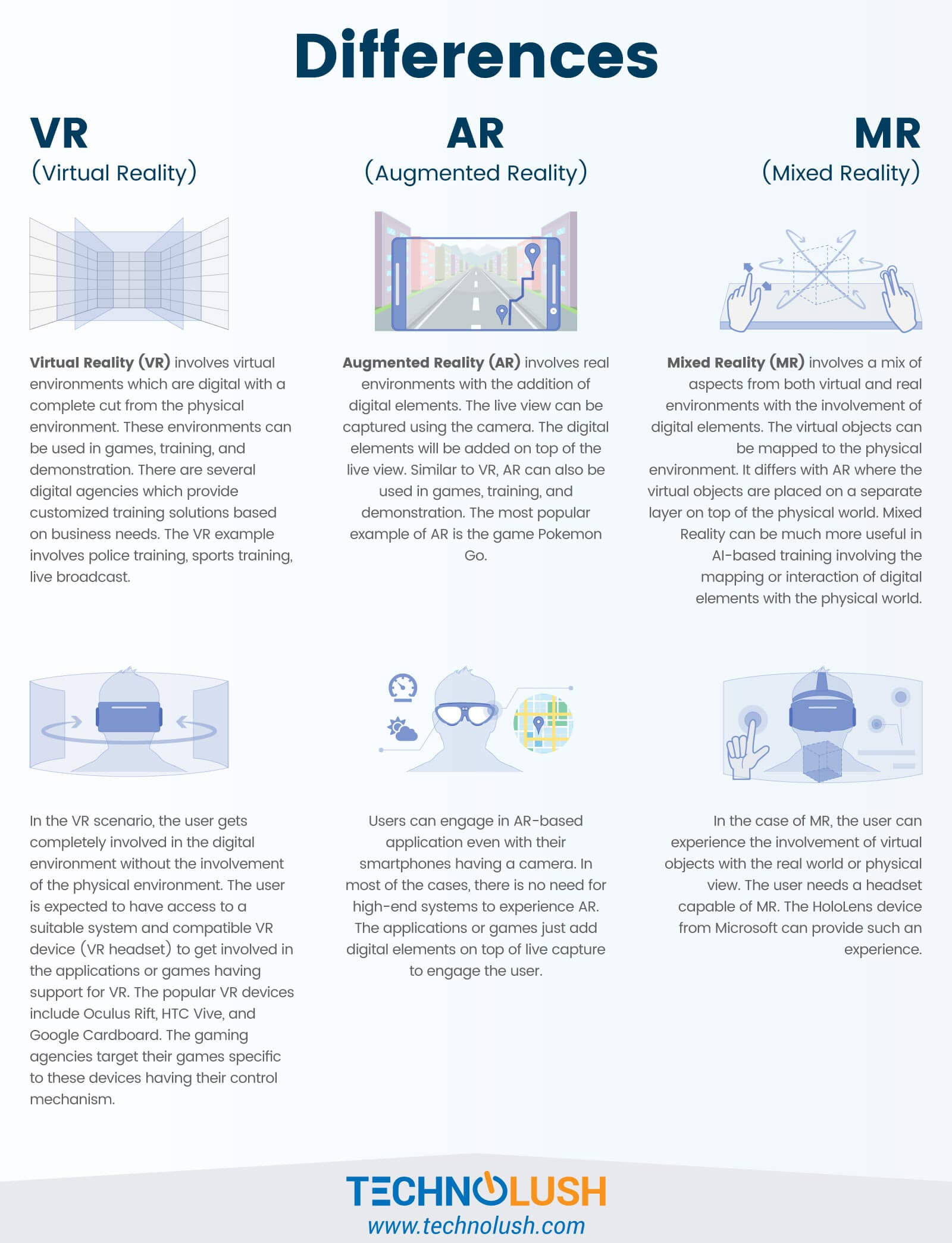 The next-generation 3D games, training simulations, etc are coming up with support for VR and AR devices. It's no surprise in case these games and applications also support MR devices. This post provides the major difference between these devices.

Virtual Reality (VR) involves virtual environments which are digital with a complete cut from the physical environment. These environments can be used in games, training, and demonstration. There are several digital agencies which provide customized training solutions based on business needs. The VR example involves police training, sports training, live broadcast.

Augmented Reality (AR) involves real environments with the addition of digital elements. The live view can be captured using the camera. The digital elements will be added on top of the live view. Similar to VR, AR can also be used in games, training, and demonstration. The most popular example of AR is the game Pokemon Go.

In the VR scenario, the user gets completely involved in the digital environment without the involvement of the physical environment. The user is expected to have access to a suitable system and compatible VR device (VR headset) to get involved in the applications or games having support for VR. The popular VR devices include Oculus Rift, HTC Vive, and Google Cardboard. The gaming agencies target their games specific to these devices having their control mechanism.

Users can engage in AR-based application even with their smartphones having a camera. In most of the cases, there is no need for high-end systems to experience AR. The applications or games just add digital elements on top of live capture to engage the user.

In the case of MR, the user can experience the involvement of virtual objects with the real world or physical view. The user needs a headset capable of MR. The HoloLens device from Microsoft can provide such an experience.