In this post, we are comparing manual testing and test automation considering timing, human effort, tools, training, and infrastructure as key factors to have high level idea about both type of testing. 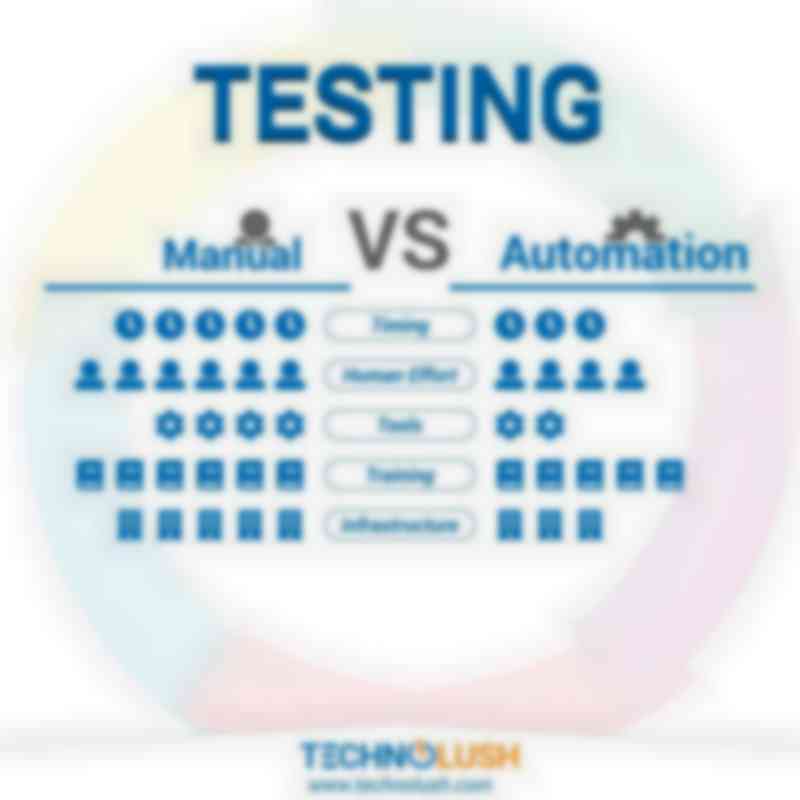 In this post, we will discuss on the high level about the major differences between manual testing and test automation. The comparison will be done based on the key differences including timing, human effort, tools, training, and infrastructure.

The most important factor to consider before starting the testing is the time required to do testing. In manual testing, the effective time required will be much more as compared to test automation.

The best strategy to write automated tests is to have some level of manual testing done before starting test automation. In some cases, it might be project demand to start test automation right from the beginning of the project.

Another thing to consider for both type of testing is the availability of the right tools for maintaining the test cases.

Manual testing can be managed simply by using an excel document or google spreadsheets at the initial level. In more complex scenarios where multiple teams are involved in testing, Unified Functional Testing (UFT) formerly known as Quick Test Professional (QTP) from HP is the best companion. It provides options to import the test scenarios and cases written using spreadsheets. Another popular tool to manage test assets involved in manual testing is TestLink which is also open source and freely available as compared to UFT.

UFT can also be used to write automated test cases for both web and mobile applications and APIs using VBScript.

As mentioned in the Tools section, we can see that it's easy to start manual testing since it needs lesser time to train the resources as compared to test automation where the resource is expected to have some level of technical competency.

In the end, having a test automation resource in the project is handy in the long run if the software is mid to large sized.

It's another factor we need to consider before planning for both types of testing.

We need more manpower in case of manual testing to manage test assets and execute the test cases but needs less investment to start testing and mid-range systems can do the job here.

At the same time, test automation for most of the advanced use cases needs software licensing and high-end systems to run the tools, though it needs less manpower.